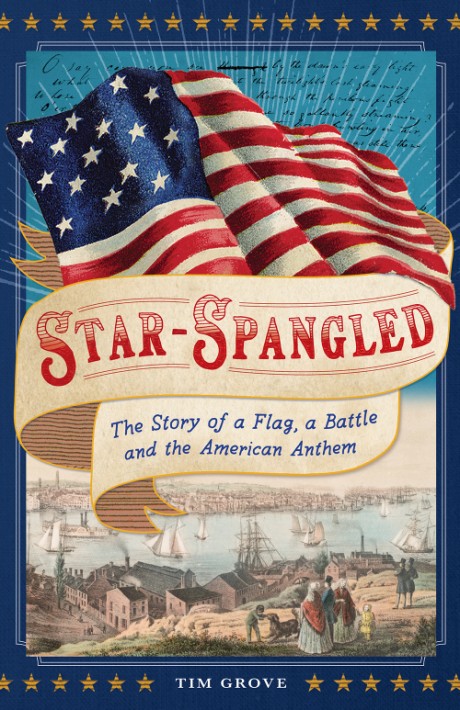 Buy
Star-Spangled
The Story of a Flag, a Battle, and the American Anthem
By Tim Grove

“O say can you see” begins one of the most recognizable songs in the US. Originally a poem by Francis Scott Key, the national anthem tells the story of the American flag rising high above a fort after a night of intense battle during the War of 1812. But there is much more to the story than what is sung at ball games. What was this battle about? Whose bombs were bursting, and why were rockets glaring? Who sewed those broad stripes and bright stars? Why were free black soldiers fighting on both sides? Who was Francis Scott Key anyway, and how did he end up with such a close view? Star-Spangled tells the whole story from the perspectives of different real players—both American and British—of this obscure but important battle from American history. The book includes an author’s note, a timeline, a glossary, endnotes, a bibliography, and an index.

**STARRED REVIEW**
“Grove provides a page-turning narrative that enhances the familiar aspects of this story and fills in those little-known areas… Generous archival illustrations and the rich and varied backmatter make this a boon for fledgling historians. A well-researched and spirited slice of history.”
— Kirkus Reviews

"Beautiful full-color photographs and artwork bring this story to life. . . This is a great addition to collections where American history is a hot item."
— School Library Journal

Tim Grove has written several books for young readers, including First Flight Around the World, a YALSA Excellence in Nonfiction finalist. He was formerly chief of museum learning at the Smithsonian National Air and Space Museum in Washington, DC. Visit timgrove.net.