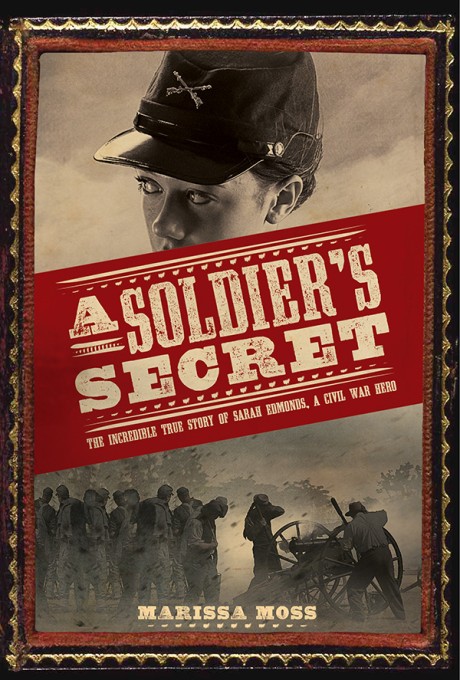 Historical fiction at its best, this novel by bestselling author Marissa Moss tells the story of Sarah Emma Edmonds, who masqueraded as a man named Frank Thompson during the Civil War. Her adventures include serving as a nurse on the battlefield and spying for the Union Army, and being captured by (and escaping from) the Confederates. The novel is narrated by Sarah, offering readers an in-depth look not only at the Civil War but also at her journey to self-discovery as she grapples with living a lie and falling in love with one of her fellow soldiers.
Using historical materials to build the foundation of the story, Moss has crafted a captivating novel for the YA audience. The book includes a Civil War timeline, archival photos, a glossary of names, a detailed note on sources, and a new readers guide.

Marissa Moss has written and illustrated many books for children, including the popular Amelia’s Notebook series, the picture book Nurse, Soldier, Spy, and a middle-grade novel, The Pharaoh’s Secret. She lives in the San Francisco Bay Area.