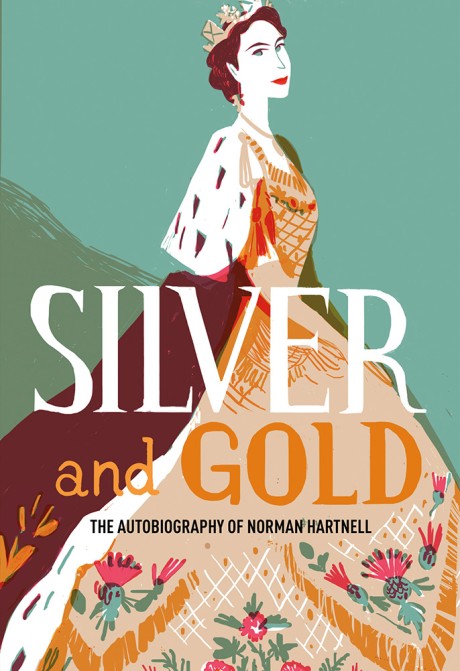 Sir Norman Hartnell (1901–1979) was the star of London couture during the interwar years, gaining international fame as dressmaker to the British royal family. His autobiography, first published in 1955, tells the story of the creation of his couture house in 1923, his formal appointment as dressmaker to the royal family in 1935, and the most momentous commissions of his career: Princess Elizabeth’s wedding gown in 1947 and her magnificent coronation dress six years later. Best known for romantic eveningwear shimmering with beads and embroidery, Hartnell is credited with reintroducing the crinoline to world fashion through his full-skirted designs for Queen Elizabeth. Silver and Gold describes an extraordinary life with elegance and panache.

Norman Hartnell (1901–1979) was Britain’s most successful midcentury couturier, most famous for his work with Queen Elizabeth II.