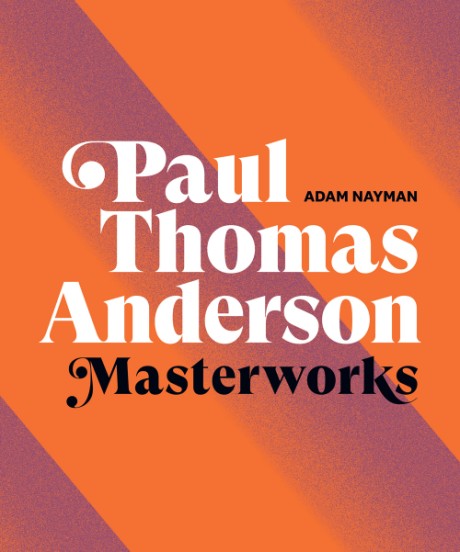 Paul Thomas Anderson has been described as "one of American film's modern masters" and "the foremost filmmaking talent of his generation." Anderson's films have received 25 Academy Award nominations, and he has worked closely with many of the most accomplished actors of our time, including Lesley Ann Manville, Julianne Moore, Daniel Day-Lewis, Joaquin Phoenix, and Philip Seymour Hoffman. In Paul Thomas Anderson: Masterworks, Anderson’s entire career—from Hard Eight (1996), Boogie Nights (1997), Magnolia (1999), Punch Drunk Love (2002), There Will Be Blood (2007), The Master (2012), Inherent Vice (2014), and Phantom Thread (2017) to his music videos for Radiohead to his early short films—is examined in illustrated detail for the first time.

Anderson’s influences, his style, and the recurring themes of alienation, reinvention, ambition, and destiny that course through his movies are analyzed and supplemented by firsthand interviews with Anderson’s closest collaborators—including producer JoAnne Sellar, actor Vicky Krieps, and composer Jonny Greenwood—and illuminated by film stills, archival photos, original illustrations, and an appropriately psychedelic design aesthetic. Masterworks is a tribute to the dreamers, drifters, and evil dentists who populate his world.

“A master class of the masterworks of Paul Thomas Anderson.”
— Variety Magazine

“This career retrospective, full of lavish photographs from his best-loved films, is enough to inspire that budding director in your life, or provide a gateway to revisit old favorites without firing up their Blu-ray player.”
— A.Frame

Adam Nayman is the author of The Coen Brothers: This Book Really Ties the Films Together and is a contributing editor to Cinema Scope.

Little White Lies is one of the world’s preeminent film magazines, pairing a unique editorial angle with beautiful illustration and world-class design.