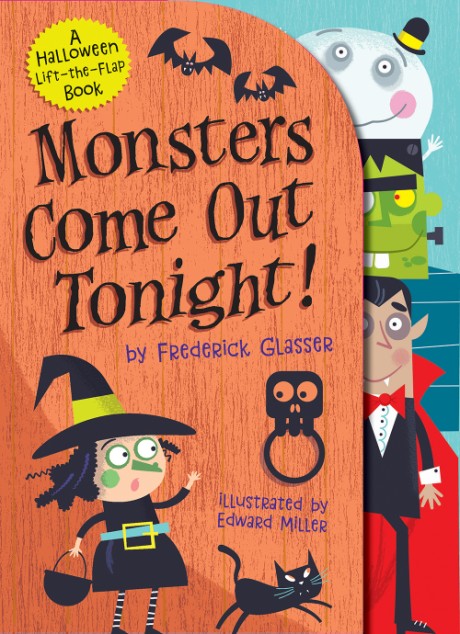 Trick-or-treat! Open the doors to find monsters getting ready for a night of Halloween fun

All of the monsters are getting ready for the big Halloween bash in this rhyming board book. Lift the flaps to reveal Dracula brushing his fangs, witches combing their hair, and more silly surprises! Quirky illustrations hold plenty of details that will be sure to tickle readers’ funny bones and get them in the Halloween spirit.

Frederick Glasser has worked in editorial for Viking Penguin Children’s Books, and in publicity, advertising, and marketing for the Random House Juvenile Division. He is currently sales director at Fox Chapel Publishing. This is his first book for young readers. He lives in New York City. Edward Miller has illustrated numerous children’s books, including a series written by David A. Adler. His books have received a number of starred reviews from SLJ, Kirkus, PW, and Booklist. Miller was associate art director at Knopf Juvenile Books. He lives in Mineola, New York.