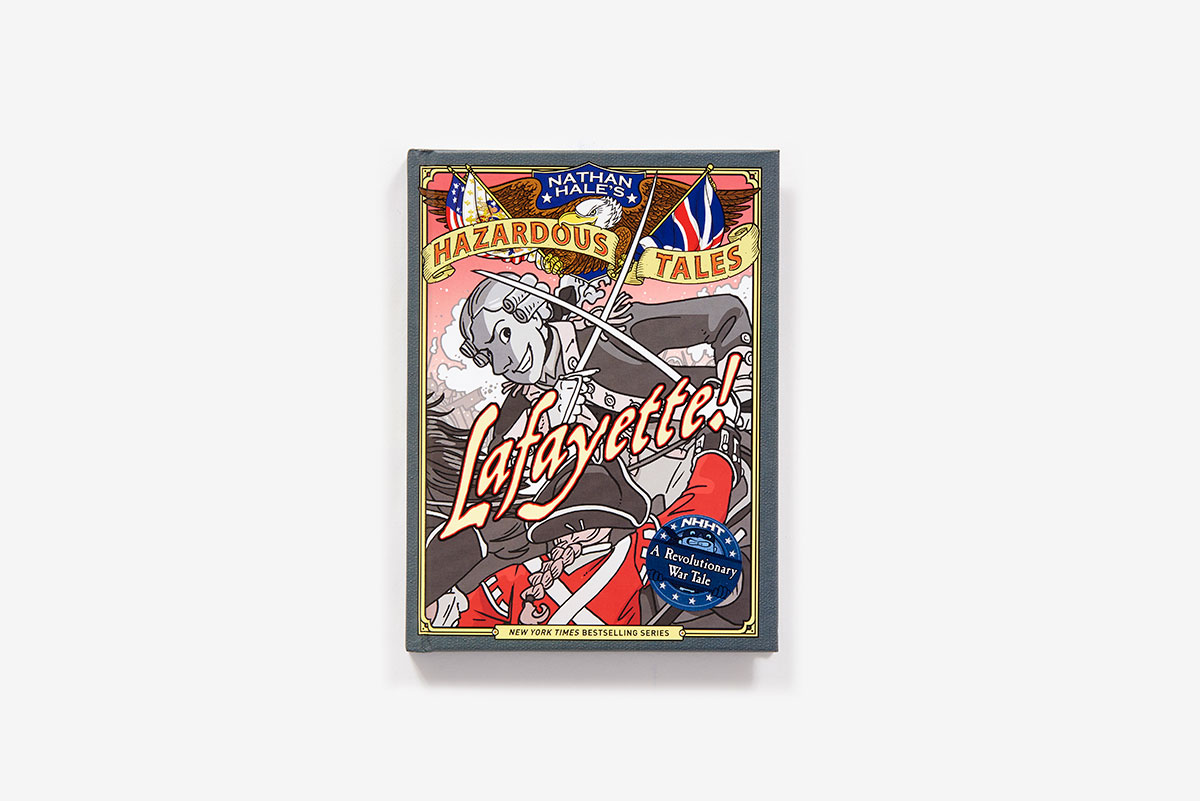 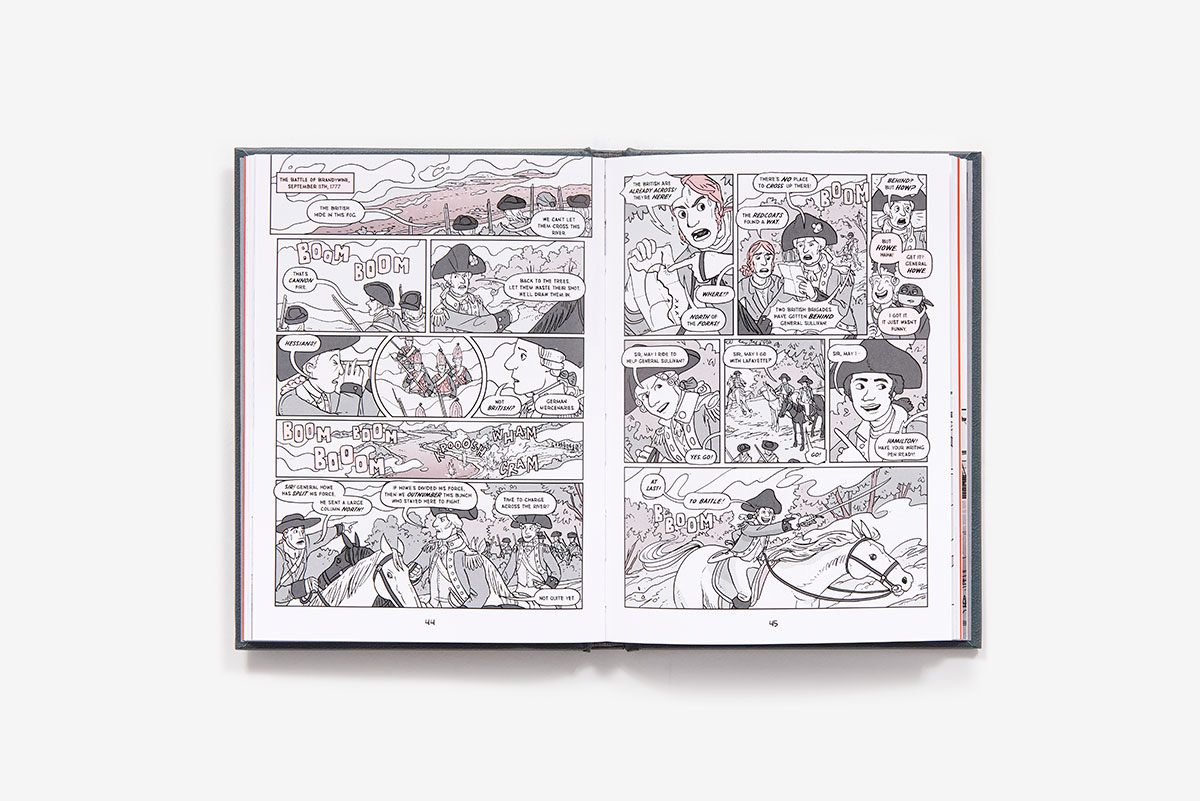 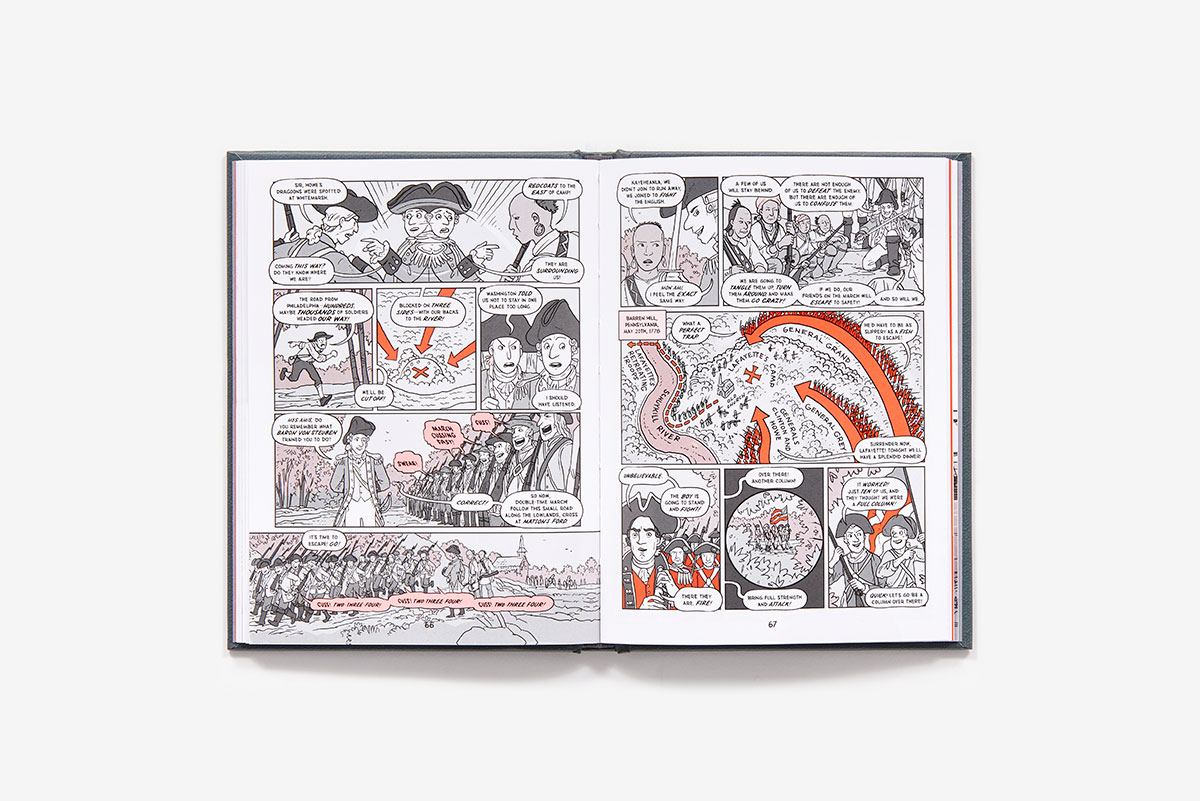 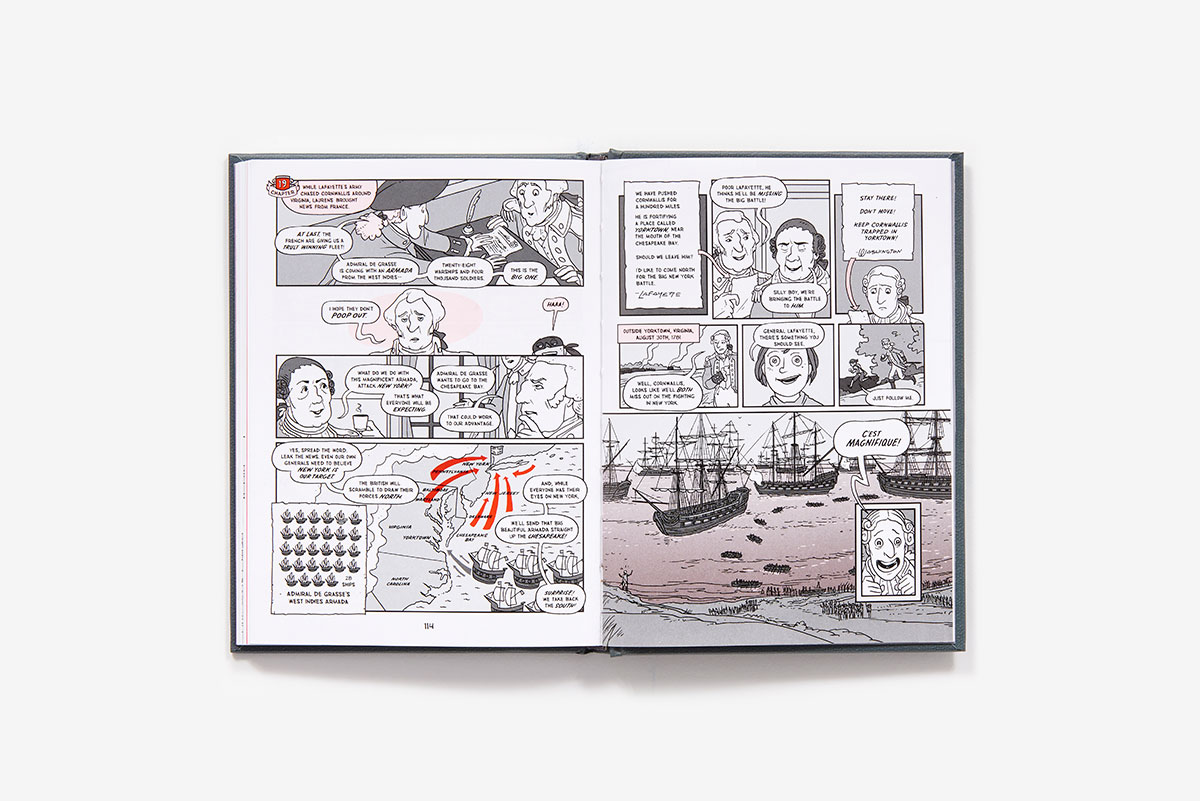 Gilbert du Motier became the Marquis de Lafayette at a young age, but he was not satisfied with the comforts of French nobility—he wanted adventure!

A captain at eighteen and a major general by nineteen, he was eager to prove himself in battle. When he heard about the Revolution going on in America, he went overseas and fought alongside Alexander Hamilton and George Washington for America’s independence.

**STARRED REVIEW**
"Newcomers to the series are given enough context in the first few pages to figure out the dynamic among the Provost, Hangman, and Hale and will soon feel in on the jokes in the meta commentary. As has become customary in the “Hazardous Tales,” accurate historical facts are made fun and palatable through the action-packed graphic format and a humorous lens . . . A must-buy."
— School Library Journal

"Hale does a tremendous job of telling the complicated story of one of the most celebrated men in history with facts and figures interspersed throughout the often humorous and informative narrative. His intricately drawn panels are beautifully colored . . . His precise linework and neat lettering make the multitude of thought and speech balloons in the easy-to-read panels. History lovers and comics readers alike will thoroughly enjoy this story of Lafayette and his quest for victory."
— Booklist

"Hale (the author) yet again weaves a delightful and engaging narrative sprinkled with silly and scatalogical humor . . . Fans of history, Hamilton, and/or Hale's previous entries will be clamoring for this latest volume."
— Kirkus Reviews

Nathan Hale is the #1 New York Times bestselling author and illustrator of the Nathan Hale’s Hazardous Tales series, which includes One Dead Spy; Donner Dinner Party; Treaties, Trenches, Mud and Blood; Big Bad Ironclad!; Alamo All-Stars; and The Underground Abductor, one of which earned a place on the Texas Bluebonnet Award Master List. He also illustrated the graphic novel Rapunzel’s Revenge, which was a TODAY show “Al’s Book Club for Kids” selection, an ALA-ALSC Notable Children’s Book, and a YALSA Great Graphic Novel for Teens, as well as the recipient of three starred reviews. Nathan lives in Orem, Utah. www.hazardoustales.com.