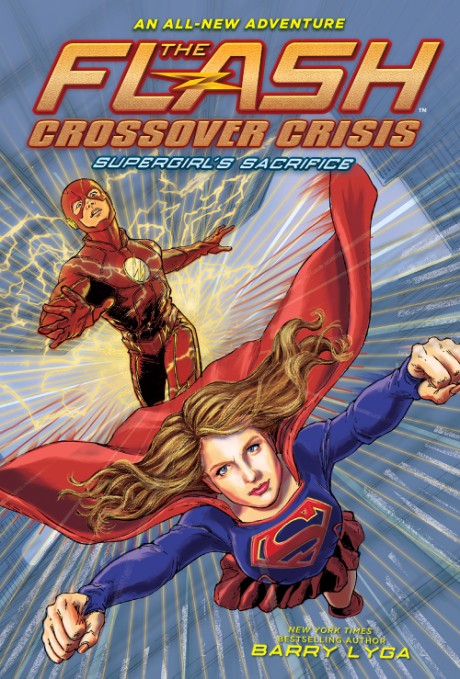 The can’t-miss crossover adventure continues as Supergirl and the Flash team up to save the multiverse!

While the Flash and Team Arrow closed the dimensional rift looming over Central City, they still have plenty of chaos to deal with: Cisco and Curtis are lost in time, thousands of speedster refugees are now stuck on their earth, and a mad bomber is at large. But when Anti-Matter Man arrives on Supergirl’s doorstep on her home of Earth-38, it’ll be all hands on deck for a team-up of epic proportions to stop him.
Picking right up from Green Arrow’s Perfect Shot, this action-packed follow-up promises to be one of the most exciting reads of the season as Supergirl and Superman join in on the crossover fun. The heroes from DC’s Legends of Tomorrow will feature in the forthcoming third book of this can’t-miss trilogy.

"Lyga manages to balance four separate storylines masterfully. This allows readers to dig into and be fully invested in each conflict presented."
— School Library Journal

Barry Lyga is the author of the New York Times bestselling I Hunt Killers series and many other middle-grade and young adult titles. A self-proclaimed Flash fanatic, Barry lives and podcasts near New York City with his family. Follow him online at barrylyga.com.