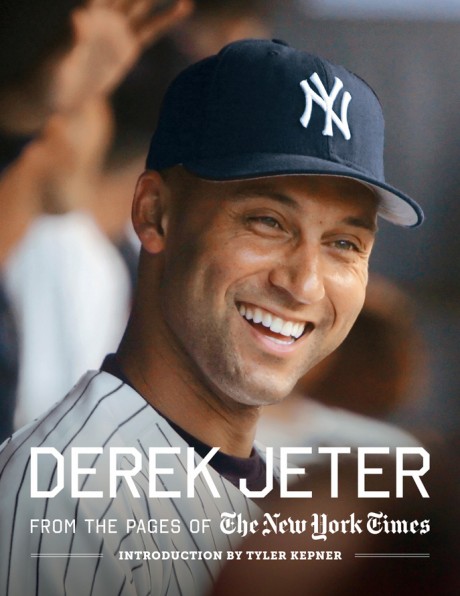 Derek Jeter is a sports hero in the tradition of Ruth, Gehrig, DiMaggio, and Mantle. Admired for his leadership, performance under pressure, and work ethic, Jeter is the face of the New York Yankees. He is also a quintessentially modern star, appealing to baseball's diverse audience, savvy about dealing with the press, and publicly enjoying the fruits of his celebrity. Derek Jeter draws upon more than 5,000 news articles and features from the New York Times by the paper's superb sports reporters and columnists, including Dave Anderson, Jack Curry, Buster Olney, and George Vecsey, as well as Tyler Kepner, who has written the introduction. This book is filled with entertaining stories, penetrating insights, and colorful voices: not only Jeter himself, but also George Steinbrenner, Joe Torre, Alex Rodriguez, and a host of players, past and present. In words and photographs, it covers Jeter's rise, his style of play, his best moments on (and off) the field, his character as a teammate and a leader, and his place in Yankee history.

"If you're a fan of Derek Jeter, the Yankees, and/or baseball history, BUY THIS BOOK!"
-Bleacher Report

Tyler Kepner is the national baseball reporter for the New York Times. From 2002 to 2009, he reported on the Yankees for the paper, and for two years before that he covered the New York Mets. He lives in Connecticut.