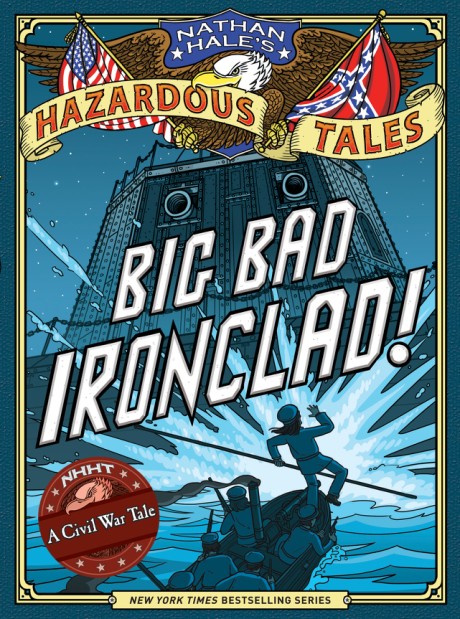 Ships are great for transport and sieges, but they tend to start leaking when cannons are fi red at them. But what if the ship is covered with iron? Assuming it doesn’t sink to the bottom of the ocean, wouldn’t it be stronger and better than any other ship out there? This is the question that begins a race between the North and the South to come up with the biggest, best ironclad warships.

"Livelier than the typical history textbook but sillier than the many outstanding works on the Civil War available for young readers, this will appeal to both history buffs and graphic-novel enthusiasts."
— Kirkus Reviews

Nathan Hale is the illustrator of the graphic novel Rapunzel’s Revenge, which was an Al Roker Book Club for Kids selection, an ALA Notable Book, and a YALSA Great Graphic Novel for Teens and earned three starred reviews. He is also the illustrator of several picture books. He lives in Provo, Utah, with his wife and their two children.