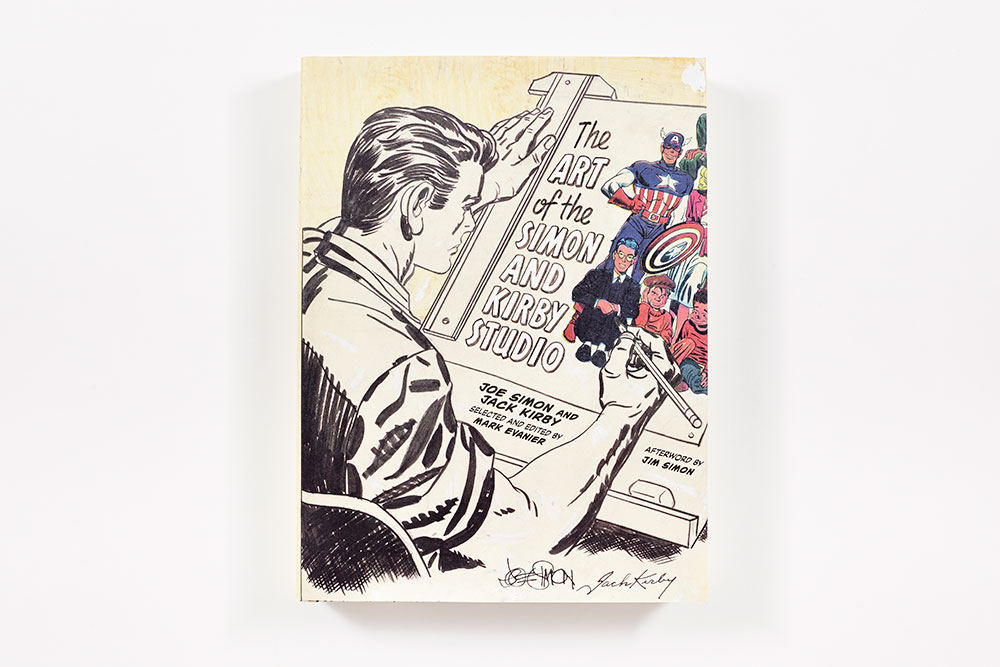 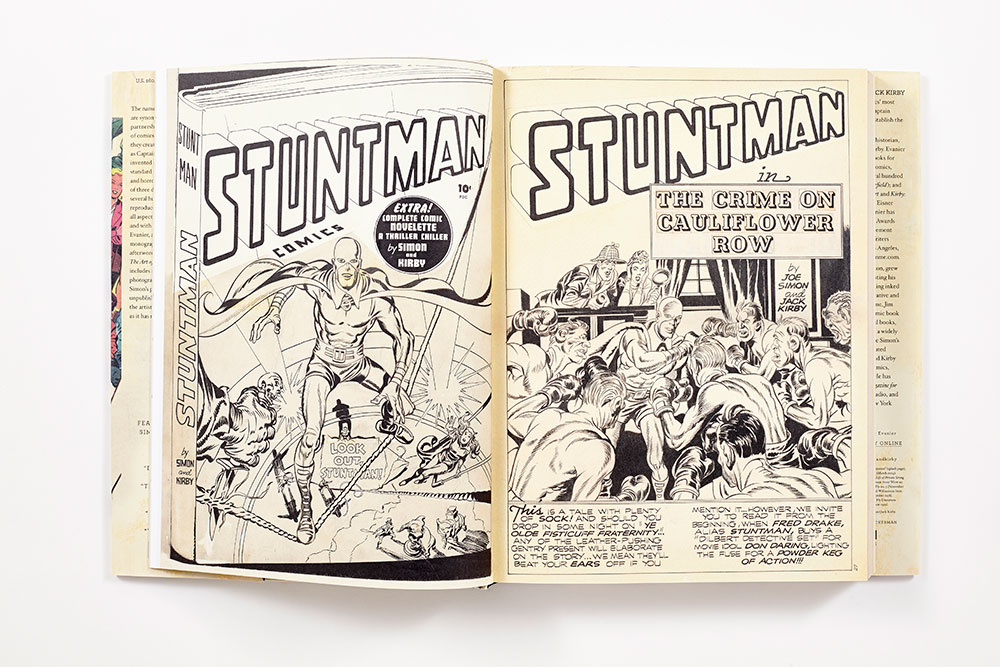 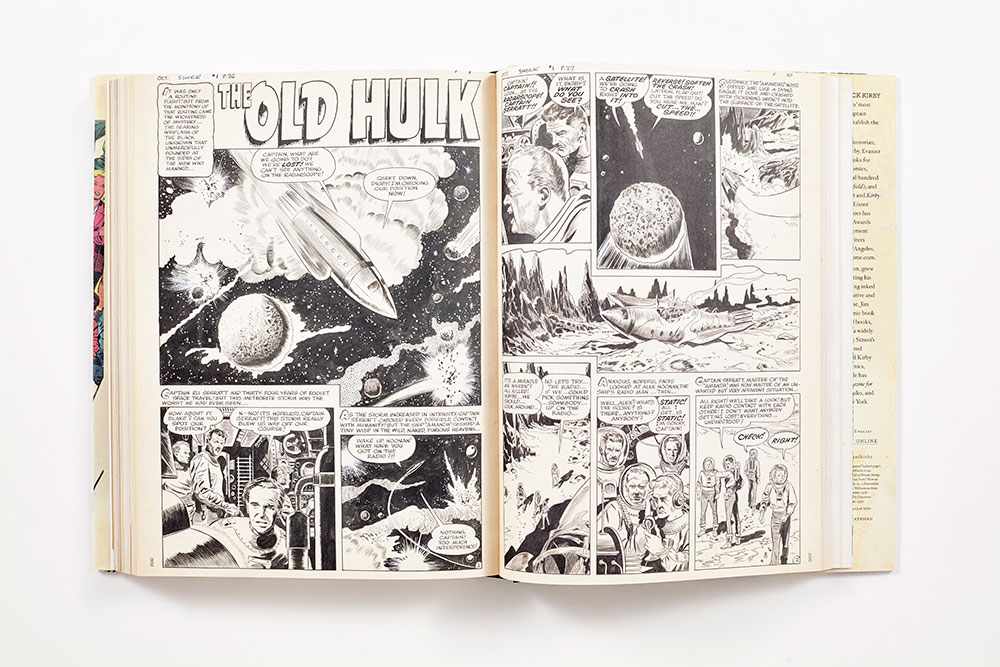 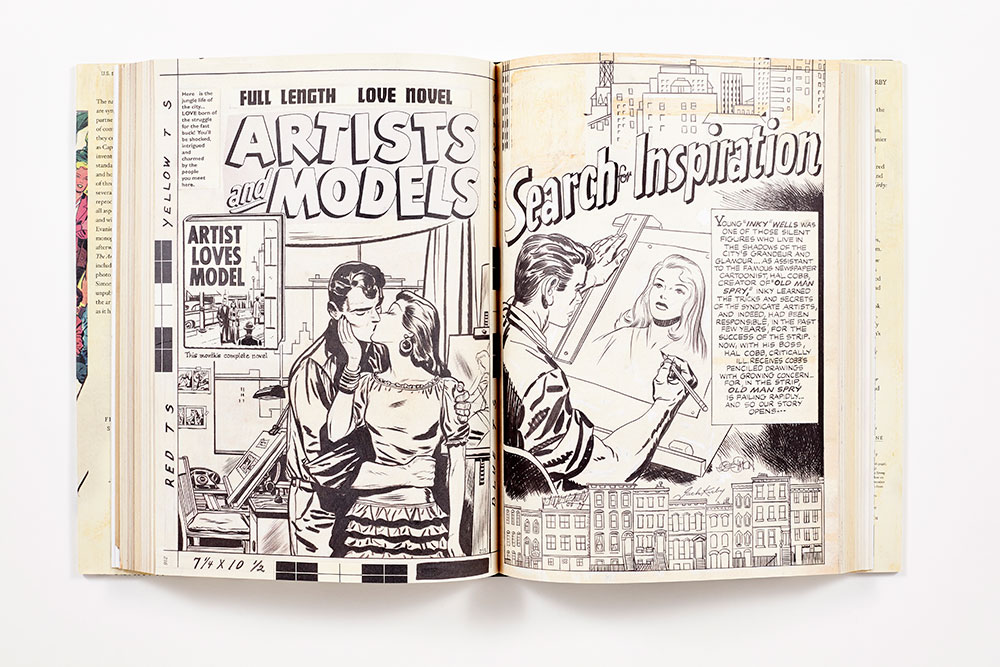 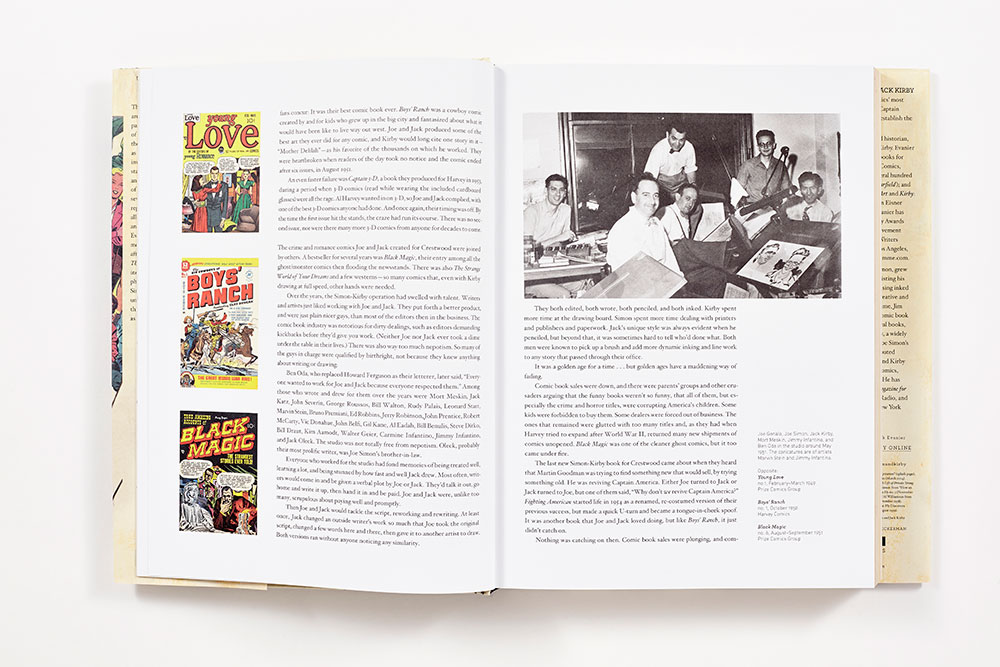 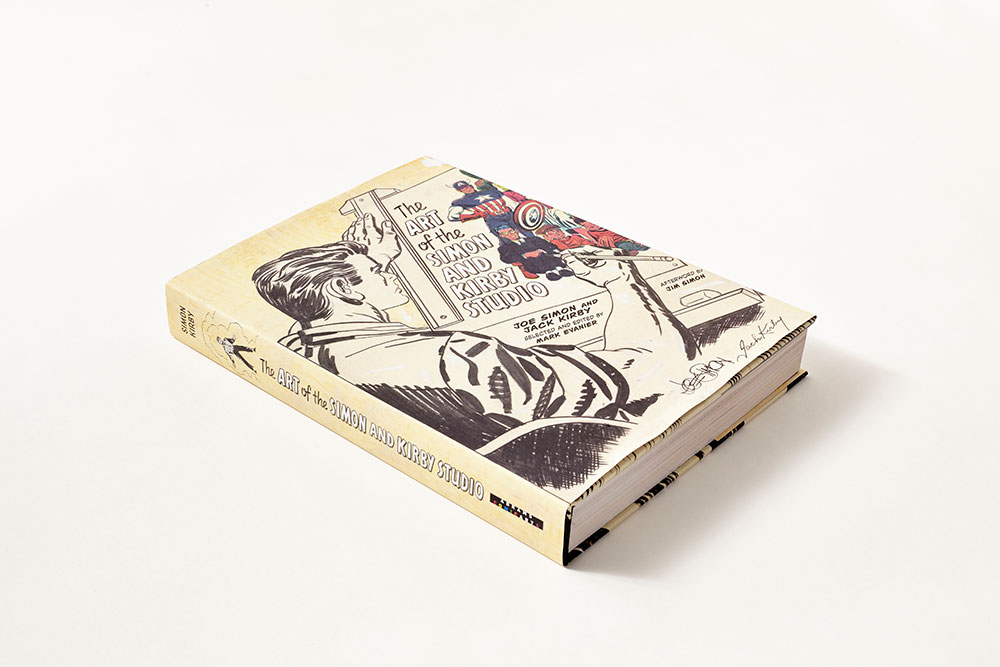 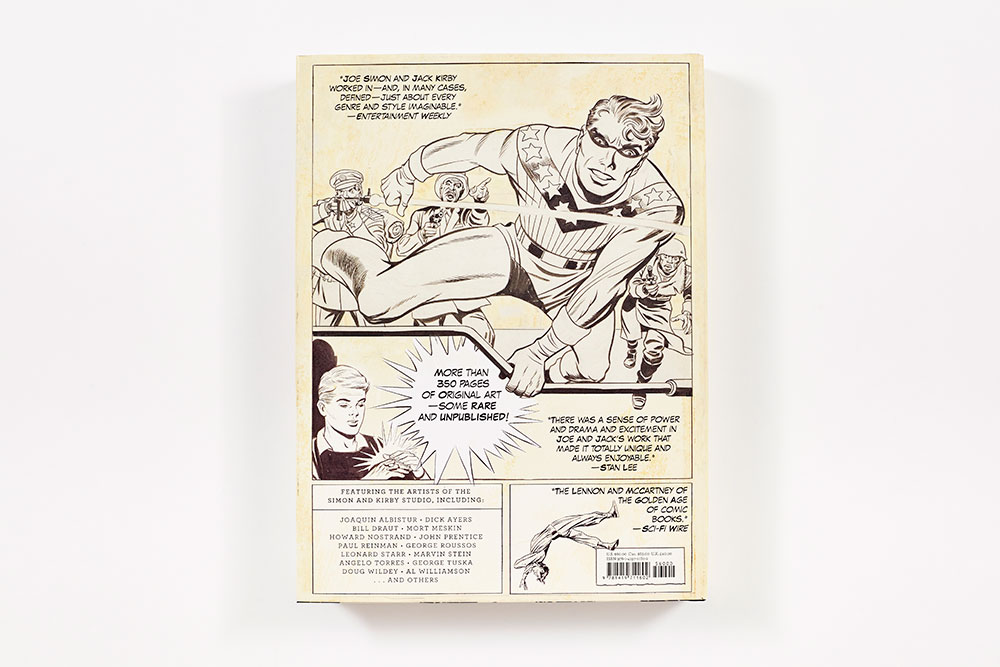 Buy
The Art of the Simon and Kirby Studio
By Joe Simon, and Jack Kirby
Selected by Mark Evanier
Afterword by Jim Simon

The names Joe Simon and Jack Kirby are synony­mous with comic books, and their partnership ush­ered in the Golden Age of comics starting in the 1940s. Together they created memorable characters such as Captain America and Sandman, invented romance com­ics, and raised the standard for the genres of western, crime, and horror comic books. Over the course of three decades they wrote and illustrated several hundred comics, many of which are reproduced in this oversized volume covering all aspects of their amazing career. Selected and with an introduction by Mark Evanier, the foremost authority on the work of Simon and Kirby, and an afterword by Jim Simon, son of Joe Simon, the book includes artwork photographed from the original art in Joe Simon’s private archive and showcases the seminal work of Simon and Kirby and their artistry as it has never been seen before.

“Reading this book is like entering the offices of Simon and Kirby and rifling through their files, scouring the slush pile, even breathing in the smoke from one of Kirby’s cigars. It’s a museum in miniature, and like so much else these two artists touched, it’s a wonder to behold.”
— PopMatters

“The book gives us fast and furious art from the early days of comics—work done in an almost punklike frenzy—and it’s fascinating to watch Kirby just warming up for his best yet to come.”
— NewYorkTimes.com

Joe Simon (1913–2011) and Jack Kirby (1917–1994) cre­ated many of comics’ most enduring super heroes, such as Captain America. Together they helped establish the visual language of comics.

Mark Evanier, a writer and historian, has three Emmy Award nominations and received the Lifetime Achievement Award for animation from the Writers Guild of America. He lives in Los Angeles.

Jim Simon, the son of Joe Simon, grew up amid comic book history, assisting his father first as a young boy by erasing inked art boards and later in various creative and business ventures. During thistime Jim got to know many of the great comic book creators. He has published several books, including The Comic Book Makers, a widely praised coauthored account of Joe Simon’s early days in comics; and contributed articles on the works of Simon and Kirby in books published by Marvel Comics/Entertainment, Titan Publishing, and Alter Ego. He has also been interviewed byHeritage Magazine for the Intelligent Collector, WNYC Radio, and elsewhere. Jim Simon lives in New York with his wife and family.