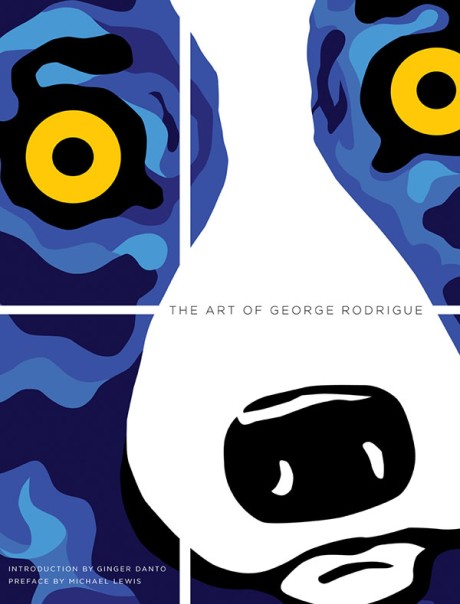 Buy
The Art of George Rodrigue
By Ginger Danto, and Michael Lewis

Born and raised in the heart of French Louisiana, artist George Rodrigue (b.1944) is best known for his Blue Dog paintings, which catapulted him to worldwide fame in the mid-1980s. Rodrigue, who began painting in the third grade while bedridden with polio, had already won local acclaim for his rich portrayals of the landscape and people he grew up with when Blue Dog transformed the image of the original Cajun werewolf dog the loup-garou into an international pop icon. This long-overdue retrospective features 265 paintings spanning Rodrigue's 40-year career. With a text by art historian and former ARTnews correspondent Ginger Danto, this is the first outside view and analysis of Rodrigue's paintings in book form. It covers all the distinct phases of his work, showing his development as an artist as his subjects shifted from majestic oak trees to Cajun fishermen and local politicians to the incomparable Blue Dog, whose mesmerizing expression and haunting eyes have captured the hearts of U.S. presidents, Hollywood stars, and ordinary people alike.

Ginger Danto has lived in Paris for the last 15 years, where she wrote about the arts for ARTnews, the New York Times, the International Herald Tribune, the Village Voice, Dance Magazine, and Art and Antiques. She recently relocated to her native New York. Michael Lewis is the author of the international bestsellers Liar's Poker and The New New Thing and is a contributing editor to the New York Times Magazine.