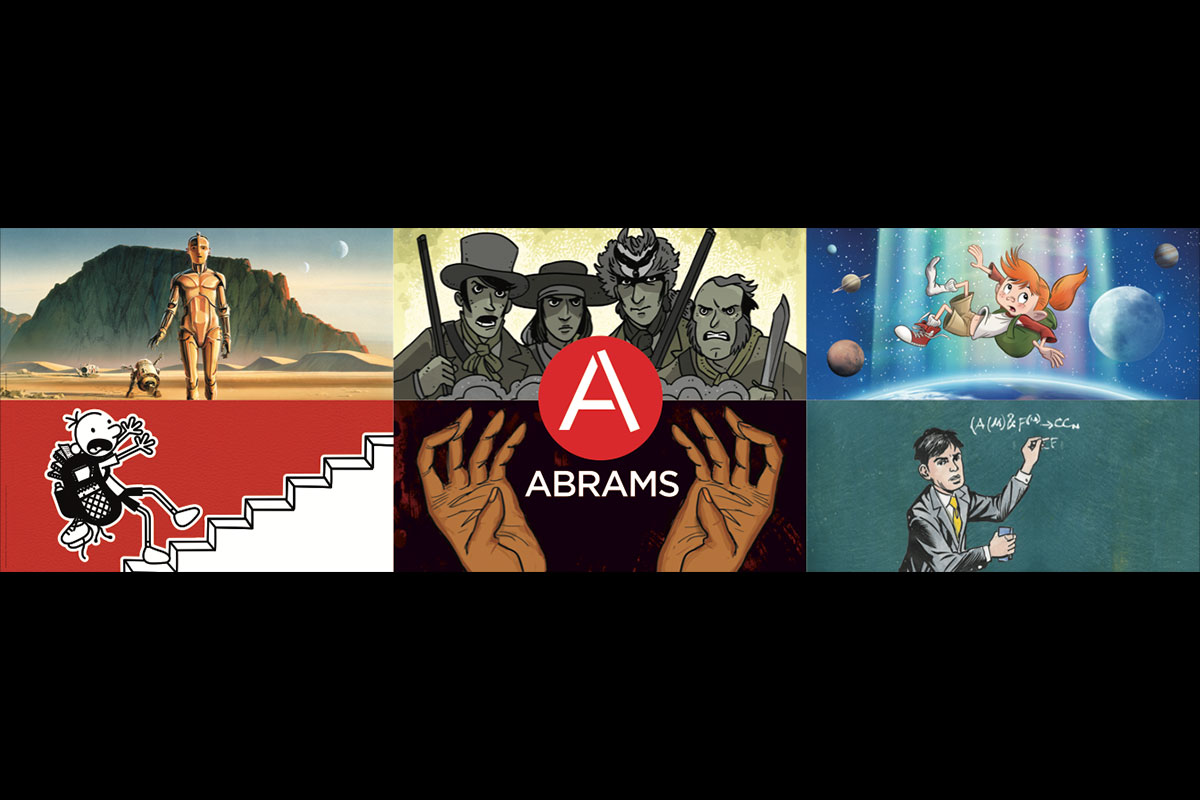 Abrams returns to New York Comic Con and BookCon with sneak peeks at its Spring 2017 list, participation in multiple panels and signings, and discounts on all books and calendars. Attendees will be able to purchase new titles from Abrams, Abrams ComicArts, Amulet Books, and SelfMadeHero.

ROBOT: Red Wheelbarrow: (eps1.91_redwheelbarr0w.txt)—150 advance copies of this book will be available while supplies last in the autograph area for a ticketed signing with author and show creator Sam Esmail and coauthor Courtney Looney following the book panel. Signing will take place at Friday, October 7th at 4:45PM at BookCon’s NYCC autographing area at Hudson Mercantile, 500 West 36th Street – 6th floor. A wristband and book purchase are required for this signing. A limited quantity of wristbands for the signing will be distributed in line for the corresponding panel.

Iron Cast—Advance copies of the forthcoming novel by Destiny Soria will be available for FREE book with Pique newsletter signup while supplies last!

Star Wars Art: Ralph McQuarrie – signed copies of the new book by Brian Alinger, Wade Lageose, and David Mandel will be available along with free prints.

Si Lewen’s Parade: An Artist’s Odyssey— new book by Si Lewen and Art Spiegelman will be available. Copies will be signed by Spiegelman and free, special prints are available.

The Graces—copies pre-signed by Laure Eve available while supplies last.

The Best We Could Do: An Illustrated Memoir—free galleys by debut author Thi Bui will be available while supplies last.

RoseBlood—free galleys of the forthcoming novel by A.G. Howard will be available while supplies last.

Double Down (Diary of a Wimpy Kid #11)— samplers for the forthcoming book by best-selling and award-winning author Jeff Kinney will be available while supplies last.

.PLUS DAILY CONTESTS, MORE GIVEAWAYS, AND SPECIAL SHOW DISCOUNTS ON ALL BOOKS AND CALENDARS

All authors and artists are available for interviews in advance, or times can be scheduled at the show. Please contact Maya Bradford, publicity manager, at mbradford@abramsbooks.com for more info.

Celebrating Will Eisner and Jack Kirby

For questions about Abrams ComicArts, SelfMadeHero, and Abrams, please contact Maya Bradford, publicity manager, at 212.229.7188 or mbradford@abramsbooks.com or stop by booth #2228 at New York Comic Con.