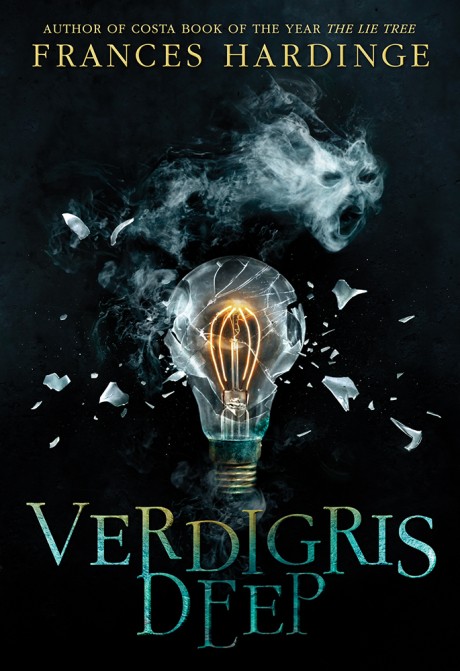 Ryan feels invisible: At school, he’s in a class with students older and cooler than him, and at home, he’s largely ignored during his parents’ petty arguments. And then he meets Josh. Josh is popular in the way that only beautiful boys can be—he’s almost electric. Both Ryan and his chatterbox sidekick, Chelle, fall under Josh’s spell, and the three soon become inseparable.

One summer afternoon, they sneak off to the troubled town of Magwhite. Trapped without bus fare for the ride home, Josh convinces his less mischievous companions their only solution is to steal coins from the infamous wishing well. Soon after, each develops a unique, sinister power. When the well witch appears, she gargles demands of her three new servants. Ryan, Josh, and Chelle have robbed her and now must obey her . . . and the wishes rotting at the bottom of her well.

**STARRED REVIEW**
“There’s no denying Hardinge’s power as a storyteller, her ability to create beautiful, precise imagery, or her expectation that her readers will grasp the subtle ideas and reflections woven into the novel.”
— Booklist, starred review

**STARRED REVIEW**
“A deliciously creepy tale . . . There is a vividness and energy to Hardinge’s imagination that makes almost every moment of this absorbing story shine with light or glossy darkness.”

Frances Hardinge is the winner of the 2015 Costa Book of the Year for The Lie Tree, one of just two young adult novels to win this major UK literary prize. She is the author of several books for children, including Cuckoo Song, Fly by Night, and A Face Like Glass. She lives in England.