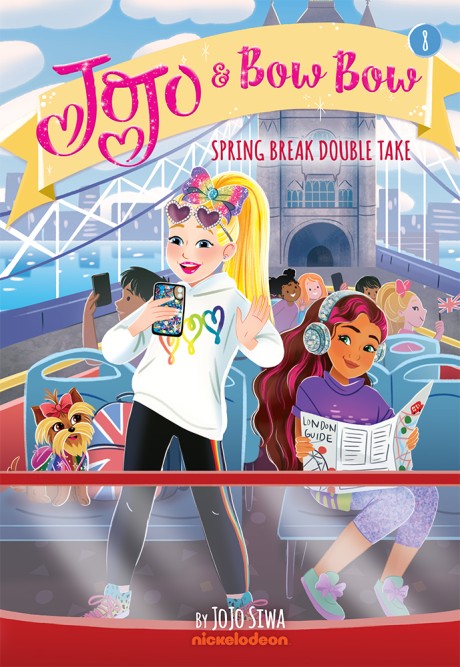 The next book in a chapter book series featuring Nickelodeon superstar, JoJo Siwa!

JoJo is on tour! Her suitcase is packed with glittery ensembles, BowBow is stowed in a bedazzled doggie bag, and JoJo’s BFF, Miley, is next to her on the plane as they touch down in London. When they check into their star-studded hotel, JoJo and Miley get the royal treatment and BowBow gets a proper puppy pamper. But that night at JoJo’s big show, disaster strikes when JoJo’s costume goes missing from the dressing room! Who could have taken it? JoJo thinks fast and the show goes on—at least until the next day, when the tabloids post images of a JoJo lookalike . . . wearing her missing costume around town! Who is the elusive doppelgänger? And is she a superfan or superfoe? It’ll take two BFFs and a perky pooch to sort out this mystery, which leads them from Big Ben to the London Eye to Buckingham palace.

JoJo Siwa is an entrepreneur, Nickelodeon talent, author, YouTube personality, and former costar of the hit show Dance Moms. She lives and works in Los Angeles. Visit itsjojosiwa.com for more.