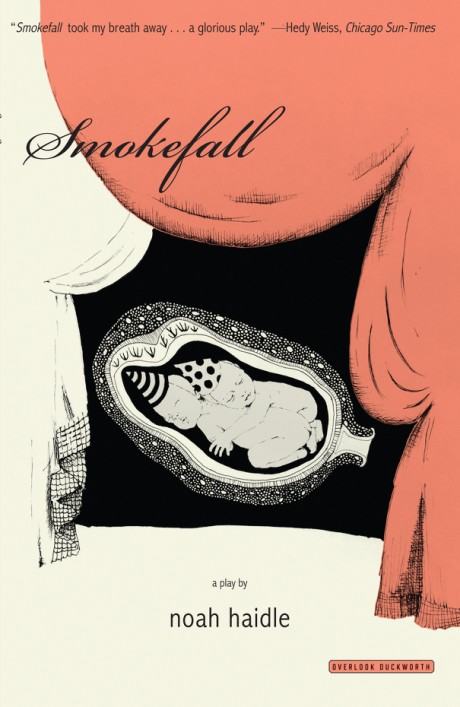 Magical realism collides with manic vaudeville in this family drama with a chewy metaphysical core by Noah Haidle, one of our most exciting and daring young playwrights. With a glancing nod to Our Town, a man named Footnote acts as guide. The Twins swap philosophy while awaiting their birth. Daughter Beauty eats dirt and doesn't speak, and Father is about to drive away and never return, leaving pregnant and dreamy mother Violet alone to live out her father's notion that "every love story is a tragedy, because its ending is built into its beginning." Whipping from astonishing tenderness to profound humor and back again, this wholly original play uncovers the extraordinary family connections that stretch and warp across the years but can never quite be broken. Smokefall's award-winning Chicago premiere, directed by Anne Kauffmann, was followed by its off-Broadway premiere in 2015, also directed by Kauffmann and starring Zachary Quinto and Robin Tunney, in highly praised performances.