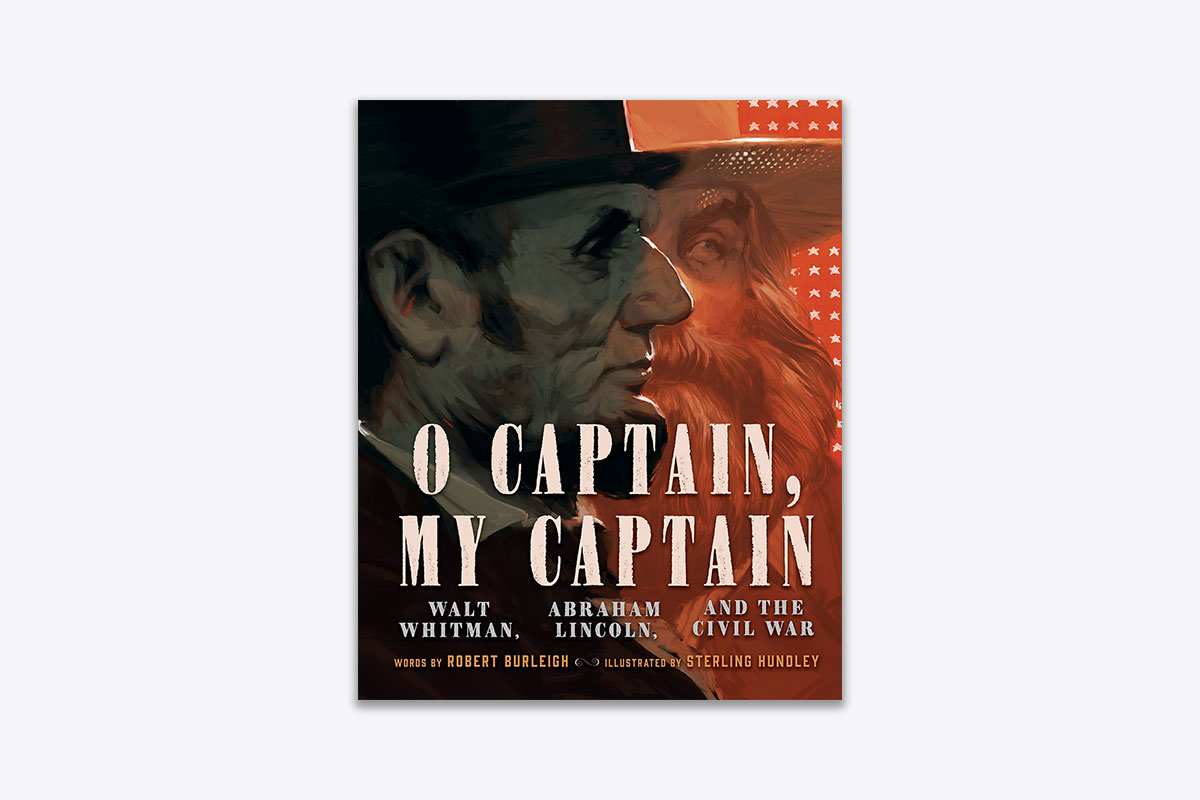 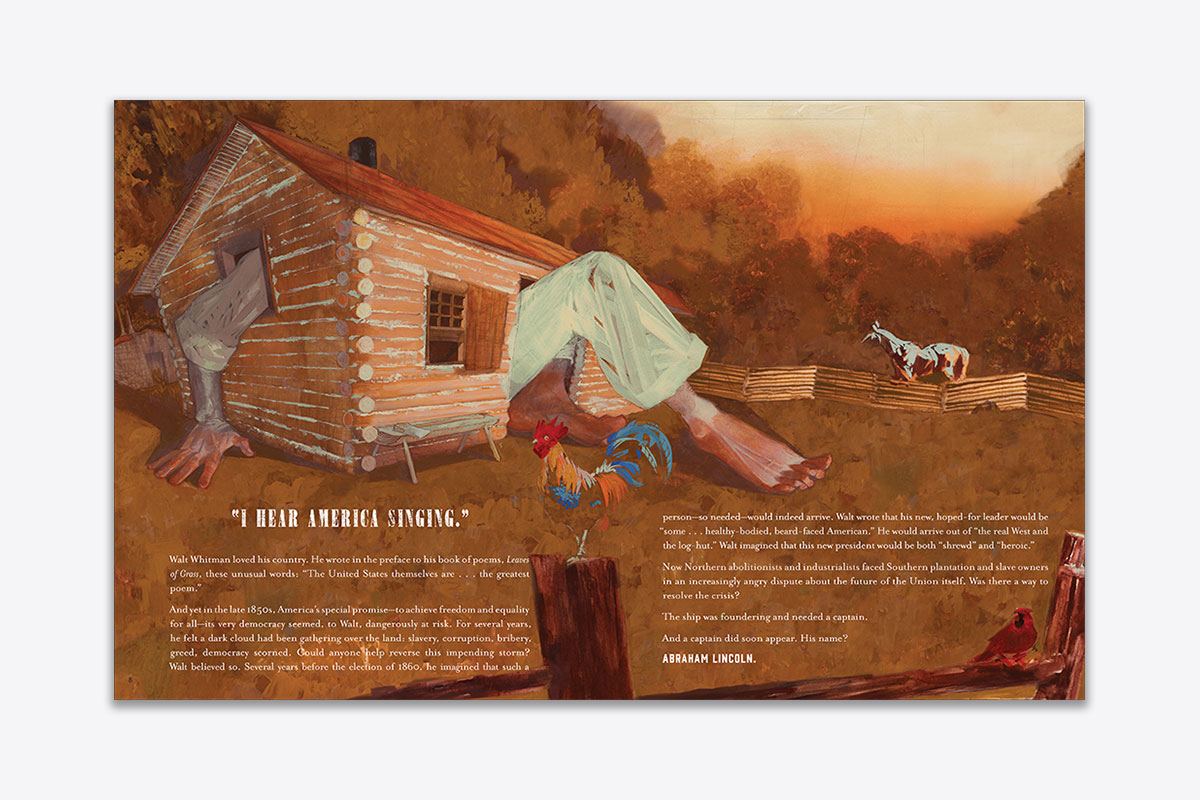 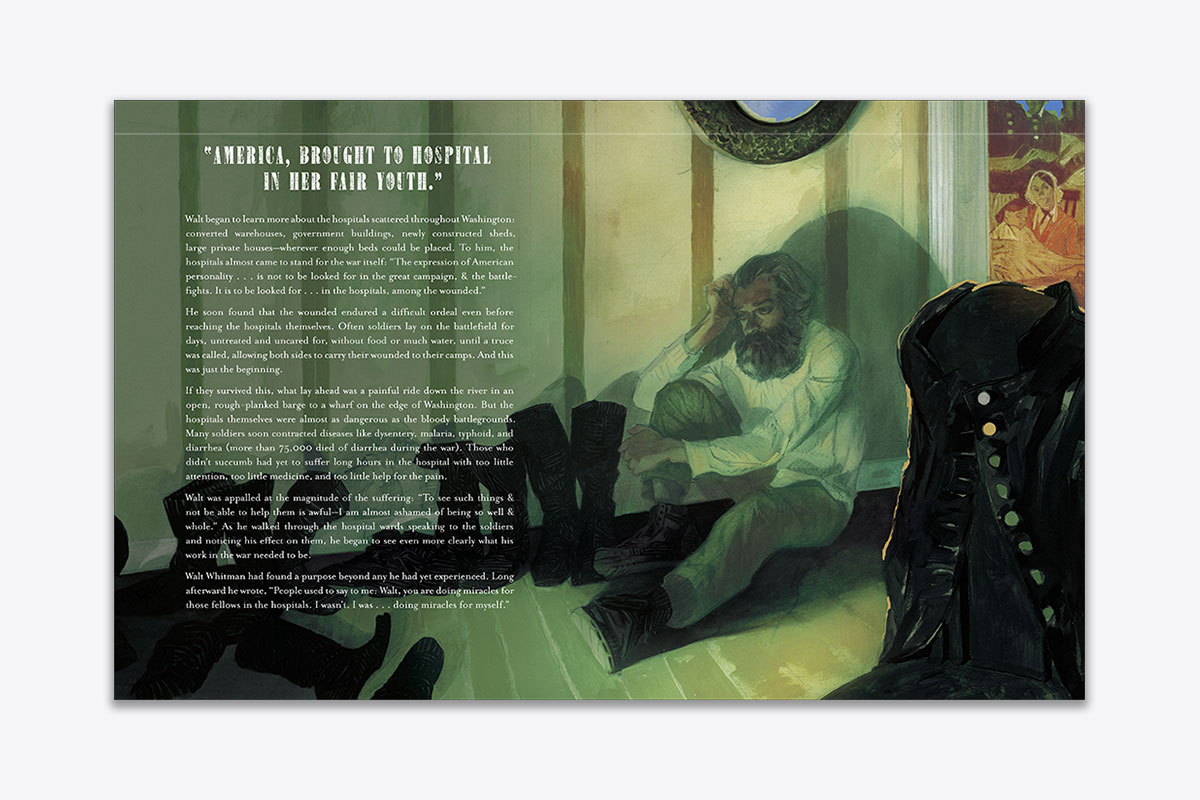 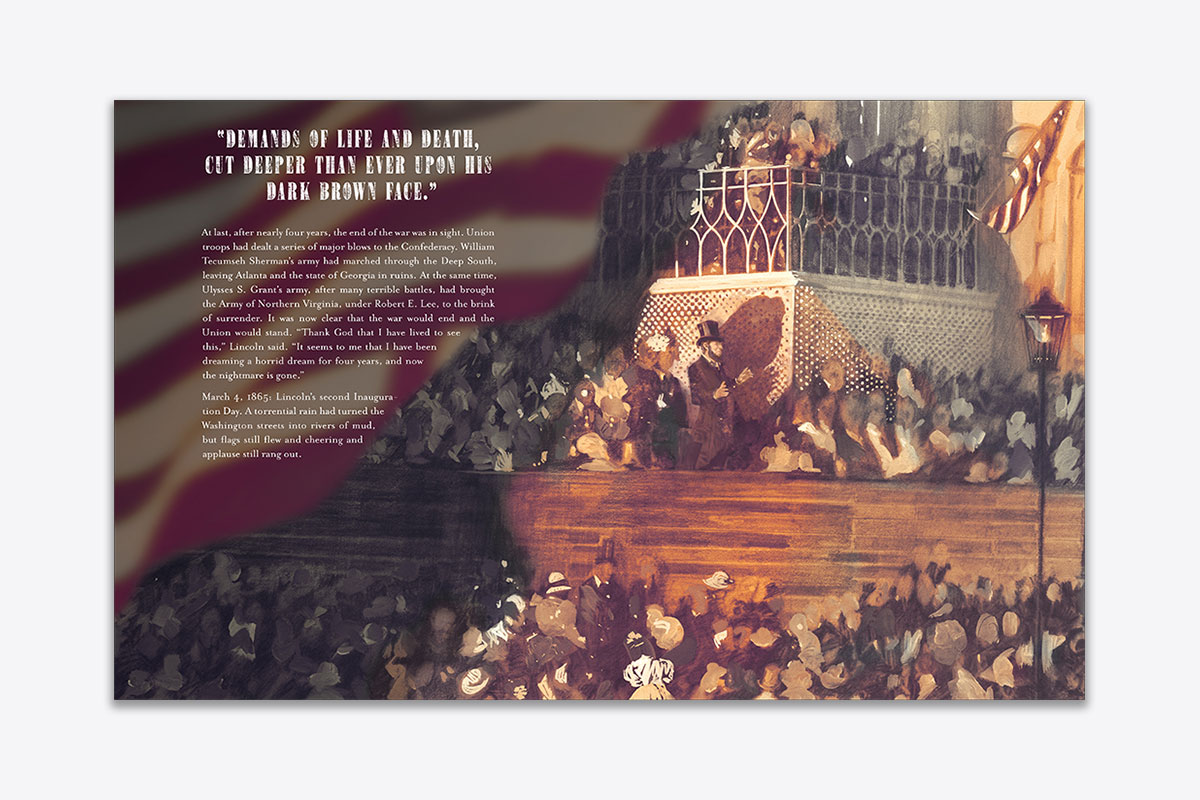 Dramatic, lyrical, and beautifully illustrated, O Captain, My Captain tells the story of one of America’s greatest poets and how he was inspired by one of America’s greatest presidents. Whitman and Lincoln shared the national stage in Washington, DC, during the Civil War. Though the two men never met, Whitman would often see Lincoln’s carriage on the road. The president was never far from the poet’s mind, and Lincoln’s “grace under pressure” was something Whitman returned to again and again in his poetry. Whitman witnessed Lincoln’s second inauguration and mourned along with America as Lincoln’s funeral train wound its way across the landscape to his final resting place. The book includes the poem “O Captain! My Captain!” and an excerpt from “When Lilacs Last in the Dooryard Bloom’d,” brief bios of Lincoln and Whitman, a timeline of Civil War events, endnotes, and a bibliography.

**STARRED REVIEW**
"Engaging and picturesque . . . This book is a substantive contribution to the recognition of Walt Whitman and his place in American literary history for young readers."
— School Library Connection

"Hundley's illustrations mirror the tone of the book impeccably, with the harsh blacks, dusty sepia, and brownish reds capturing the weight and cruelty of war . . . The added use of Whitman's poetry throughout the text lends eloquence."
— Kirkus Reviews

Robert Burleigh has written a number of bestselling children’s books that have received multiple starred reviews and awards, including the Orbis Pictus and the Texas Bluebonnet Master List. He lives outside Chicago. Sterling Hundley is a professor at Virginia Commonwealth University. His work has been regarded among the mostly highly acclaimed in the illustration world. He was named Illustrator of the Year by the Victoria and Albert Museum, London. He lives in Richmond, Virginia.