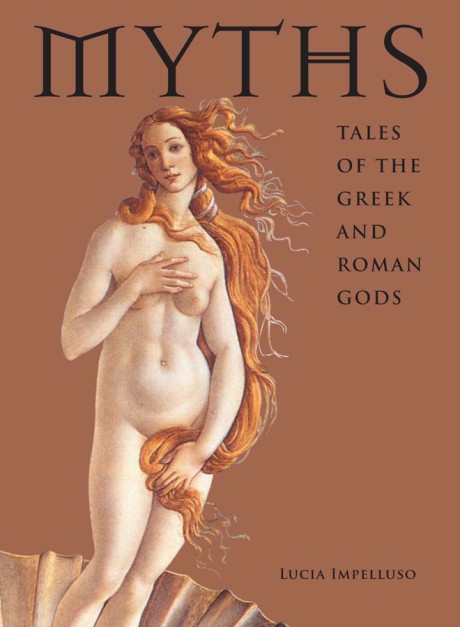 From the same series as Abrams' successful Saints and Angels comes Myths, richly illustrated with representations of these celestial heralds from ancient murals and pottery to the paintings of Gustav Klimt and Odilon Redon. Author Lucia Impelluso has drawn from a variety of sources, including the plays of Euripides and Aeschylus, the epics of Homer and Virgil, Aesop's fables, Ovid's Metamorphoses, Petrarch's sonnets, and the works of Pindar, Sophocles, Plutarch, Pliny the Elder, and Bocaccio.

Beginning with the stories of Earth's creation and its early rulers, the Titans, Impelluso recounts the major episodes and figures of Greek and Roman mythology, with sections on the gods of the sky, the sea, the earth, and the underworld; the Fates and the Muses; monsters; human heroes; and the Iliad, the Odyssey, and the Aeneid. Here are beloved stories, retold and illustrated in a wonderful, giftable format.

Lucia Impelluso is an architect and art historian whose previous books include Gods and Heroes in Art, Nature and Its Symbols, and Gardens in Art.