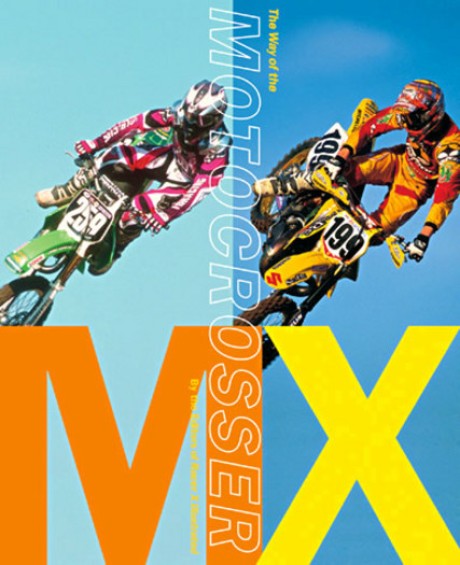 Buy
MX
The Way of the Motocrosser
By Editors of Racer X Illustrated, and Davey Coombs

Motocross, which involves competitors navigating their exotic motorcycles over tortuous terrain, including double- and triple-jumps, whoops, tabletops, hills, rocks, mud, dust, and anything else that Mother Nature can throw at them, is massively popular. In the United States alone, more than 1.2 million fans attended the AMA Supercross and National Motocross Championship Series in 2002. The sport has also generated an IMAX film, best-selling video games, and regular programming on ABC and ESPN. MX: The Way of the Motocrosser is a photo-driven essay that documents this explosive sport, its major personalities, including Jeremy "Showtime" McGrath, X Games champion Travis Pastrana, and record-shattering champion Ricky Carmichael, and the subculture that surrounds the pro circuit. This extreme trek through the world of motocross will be sought after by every follower of the sport, and offers a great introduction to this rapidly growing phenomenon for new fans.

Still in its infant stages, Racer X Illustrated magazine has a loyal monthly readership of 90,000 and growing. Editor-in-chief Davey Coombs is one of the most well-known and respected figures in the motocross industry. He also serves as a racing commentator for ESPN and ABC Sports. He lives in Morgan-town, WV.